Spending time every day working in the community with people who are living with opiate addiction, I see a lot and hear a lot.  I can’t count how many times I’ve heard everyone from probation officers to drug treatment providers to doctors refer to “typical addicts” and so-called “typical addict thinking.”

Talk like that reveals to me that the speaker has succumbed to the pervasive stereotyping and stigmatization of people with addiction in our culture.

It’s typical non-addict thinking.  And it makes me sick.

The problem is, the dominant cultural approach to interactions between addicted people and those around them is based on outdated and bogus notions about codependence, enabling, tough love and hitting rock bottom.

It’s a false and destructive paradigm that teaches that causing or permitting harm to an addicted person is a good thing.

It gives those with power over addicted people social permission to be callous and even cruel.  It makes me sick.

I see it every day.  Here are two examples from today.

Just Out of Jail And In Recovery

Young guy, recently out of jail.  Major mental illness.  Learning disabilities.  Severely abused physically, emotionally and sexually by his family.  They beat him, sexually assaulted him and to this day still tell him he’s a piece of shit.  He’s in recovery, and hasn’t used drugs since he got out of jail.  It’s not easy for him, and he is really struggling.  He lives in a sober house.  He went to two AA meetings before noon today, and plans to go to another tonight.  One day at a time.

Yesterday, his probation officer gave him a drug test.  Negative!  No praise.  He says she seemed “pissed he was negative.”

He made a mistake on some paperwork, she screams.  She held it up to his face.  He looked at the paperwork and realized she was showing him someone else’s paperwork.

Did she apologize?  No.  Instead she had him handcuffed and then took away privileges one by one.  She even told him he had to tell his ride to leave and walk home.  He says he feels she was trying to make him snap.  He kept his cool, but says he was shaking uncontrollably.  She noticed and said, “what, are you all fucked up?”

He walked the two blocks to my office and spent a few minutes telling me the story.  He was still shaking.  He left determined to hang on.  But look what he is up against.

Young girl, in the hospital.  Liver failure from drinking alcohol, and from hepatitis C contracted through injection drug use.  Major mental illness.  Homeless.

She came into the hospital a few weeks ago very thin and frail, and unable to walk.  A friend had let her sleep on the couch temporarily, but she was so weak she had to crawl to get from room to room, or be carried.

The doctor said she was close to death.  She had rallied with a blood transfusion and a few weeks rest and care, but the doctor said her condition was not likely to improve much beyond that.  They expect she has less than six months to live.  She still lays curled up in bed all day, pathetically small, and depressed.  She keeps her eyes closed when she talks to you, and when she opens her eyes, she has trouble focusing.  Her thought process is slow, and her mind is foggy.

The doctor refers to her as a “typical addict.”  Where have I heard that before?

A meeting with the hospital social worker.  They want to discharge her.  She is medically stabilized and not likely to get much better.  She still can barely walk from the bed to the bathroom.  She is still rail thin.  She can’t follow a conversation.  She has no place to go.

The social worker suggests drug rehab.  “I gave her the number to a rehab,” the social worker says.  “We’ll see what she does with it,” she adds, her tone and expression making it clear that I’m in on the joke -which is that as a typical addict, she won’t do anything with the number.  Her choice, the social worker implies, but I’m certainly not going to enable her by making the phone call for her.  She’s sure I’ll agree.  She’s sure I won’t be offended by her disrespect , or her callous disregard for the safety and dignity of a young girl who is suffering and dying.

Typical non-addict thinking, and it makes me sick. 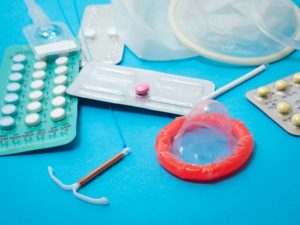 Probuphine: Buprenorphine Implant On The Way 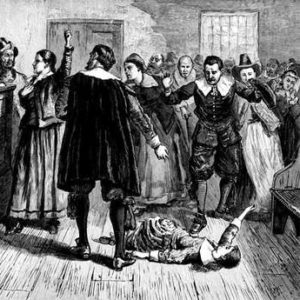