Celebrity rehab doctor Drew Pinsky recently suggested that actress Lindsay Lohan’s father plant drugs in her car and call the police as a way to get his daughter arrested and into drug treatment.

After he was widely criticized, he wrote a letter published on the Huffington Post seeking to clarify his position -without really changing his position, or apologizing for suggesting that the father of an adult woman should commit a felony so that his daughter will be falsely arrested and imprisoned.  He repeated that if he were Lindsay’s father he would “go to any lengths to get her to and retain her in treatment.”

See the MSNBC News article or the Huffington Post letter for more details.

It’s too bad that Pinsky is so quick to violate his oath as a doctor to “first do no harm.”

It’s too bad that he is so cavalier about putting a young woman at serious risk through arrest and incarceration.  He is also remarkably naive to think that he can rely on an “enlightened judge” to provide any particular sentence.  Many people have learned the hard way that once a loved one is in the jaws of the criminal justice system, things get unpredictable, and collateral damage and unintended consequences can be severe.

And it’s too bad that Pinsky does not have the knowledge and skills necessary to engage and retain his patients in voluntary treatment, and instead must resort to crime and coercion.

Pinsky creates drama to justify his extreme views.  But the reality is that “tough love” treatment providers like Pinsky (even those who aren’t trying to be famous) talk big but rarely actually “go to to any length” to engage and retain patients in treatment.  More often they make people jump through hoops to get treatment, treat patients in a way that is unlikely to retain them in treatment, and then kick them out of treatment for minor rule violations. 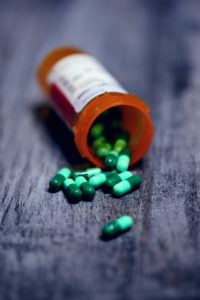 Naloxone: The Cheap, Harmless Drug That Can Reverse A Heroin Overdose In Progress (Get Yours Now!)