If you talk to people who have prescribed Suboxone, you may hear them say that there is a “blocker” in Suboxone that prevents them from feeling high if they use opiates such as Oxycontin or heroin.

Suboxone is a medication used to treat opiate dependence.  Suboxone contains two active ingredients: buprenorphine and naloxone.  Many people are under the impression that the naloxone is added as a “blocker.”  But that isn’t the case.  Instead, it’s the buprenorphine that blunts the effects of other opiates.

Buprenorphine is itself an opioid.  It attaches to the opiate receptor sites in the brain, just like Oxycontin or heroin.  Those receptor sites full of buprenorphine leave an opiate-dependent person feeling satisfied, but not high.  Many people say it makes them feel “normal.”  And many say that they haven’t felt like that in a long time (not sick, not craving but not high).

When a person on an adequate dose of buprenorphine uses another opiate, the opiate floats around looking for available opiate receptor sites in the brain.  But none can be found, because all of the receptor sites are already occupied by buprenorphine.  This is what prevents the person from feeling the intoxicating effects of the other opiate.

I often hear people say, “I thought about using an Oxy, but why waste my money when I won’t feel it anyway.” 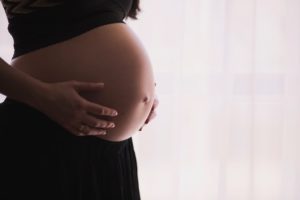